The scheme provided by the General geometry Ewald-like Method (GgEM) is a platform for multi-scale problems in physics and chemistry. Applied to hydrodynamic equations, the method solves for the proper behavior (both Brownian and Hydrodynamic) of discrete entities such as polymers, cells and colloids, in continuous fluid media. The Navier-Stokes equations are solved using a Green's function approach for long-range interactions. At right is a demonstration of GGEM methods applied to the resolution of flow fields in suspensions of self-motile particles.

The Fast Multipole Boundary Element Method (FMBEM) is a code framework for various integral problems encountered in scientific and engineering communities. It runs in parallel and utilizes iterative solver GMRES accelerated by a kernel-independent Fast Multipole Method (FMM) with O(N) computational complexity. It applies to electrostatic polarization problem involving arbitrary-shaped polarizable dielectric objects embedded in a dielectric continuum, and also to the calculation of interactions between ferromagnetic/ferroelectric objects with arbitrary shapes. The code is being developed using libMesh (finite-element library) and ScalFMM (FMM library). At right is a demonstration of the FMBEM applied to the electrostatic polarization problem among interacting polarizable particles. 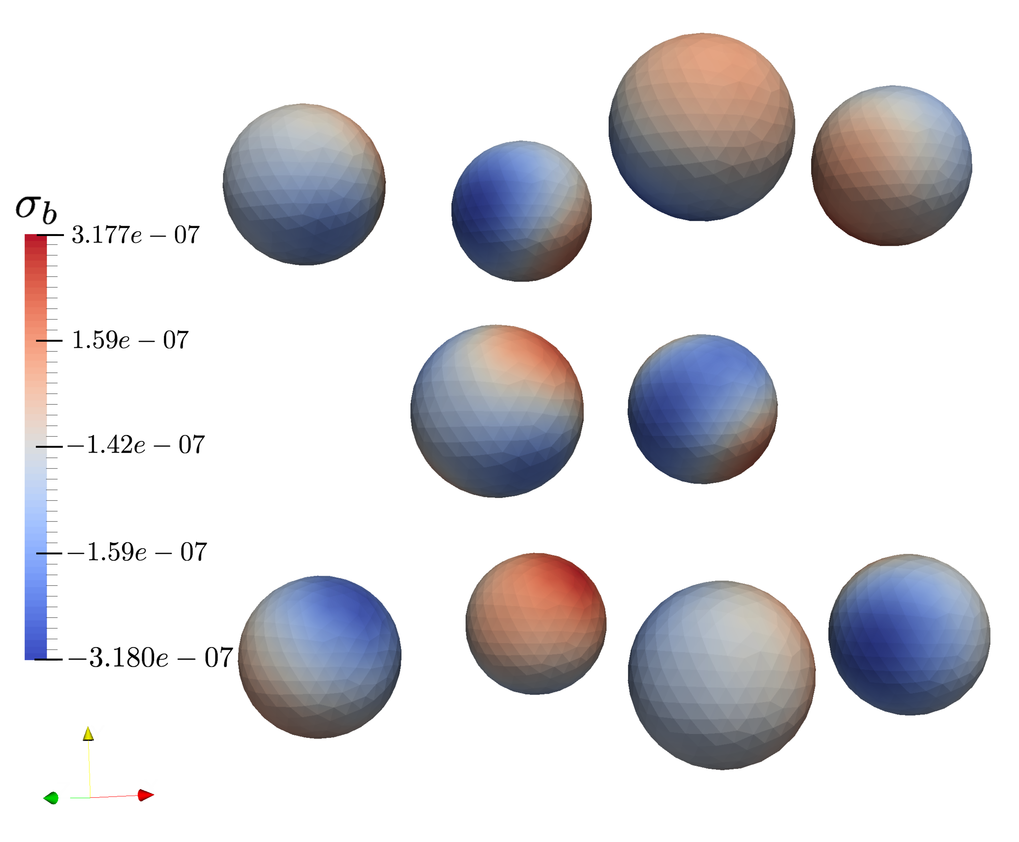 Parallel finite element general geometry Ewald-like method (pFE-GgEm) is an efficient O(N) and fully scalable computation framework to model the dynamics of Brownian particles considering long-range hydrodynamic interactions (HI) in any geometries. The framework combines a FEM Stokes’ solver with GgEm, a mid-point integration scheme, and a Chebyshev polynomial approximation based on the fluctuation-dissipation theorem. It is built on open-source scientific packages, such as LIBMESH (framework of solving PDEs), PETSC (parallel linear, non-linear equation solver) and SLEPC (eigenvalue calculations). At right is a demonstration of the pFE-GgEm applied to study the behaviors of DNA chains under an elongational flow within a cross-channel geometry. 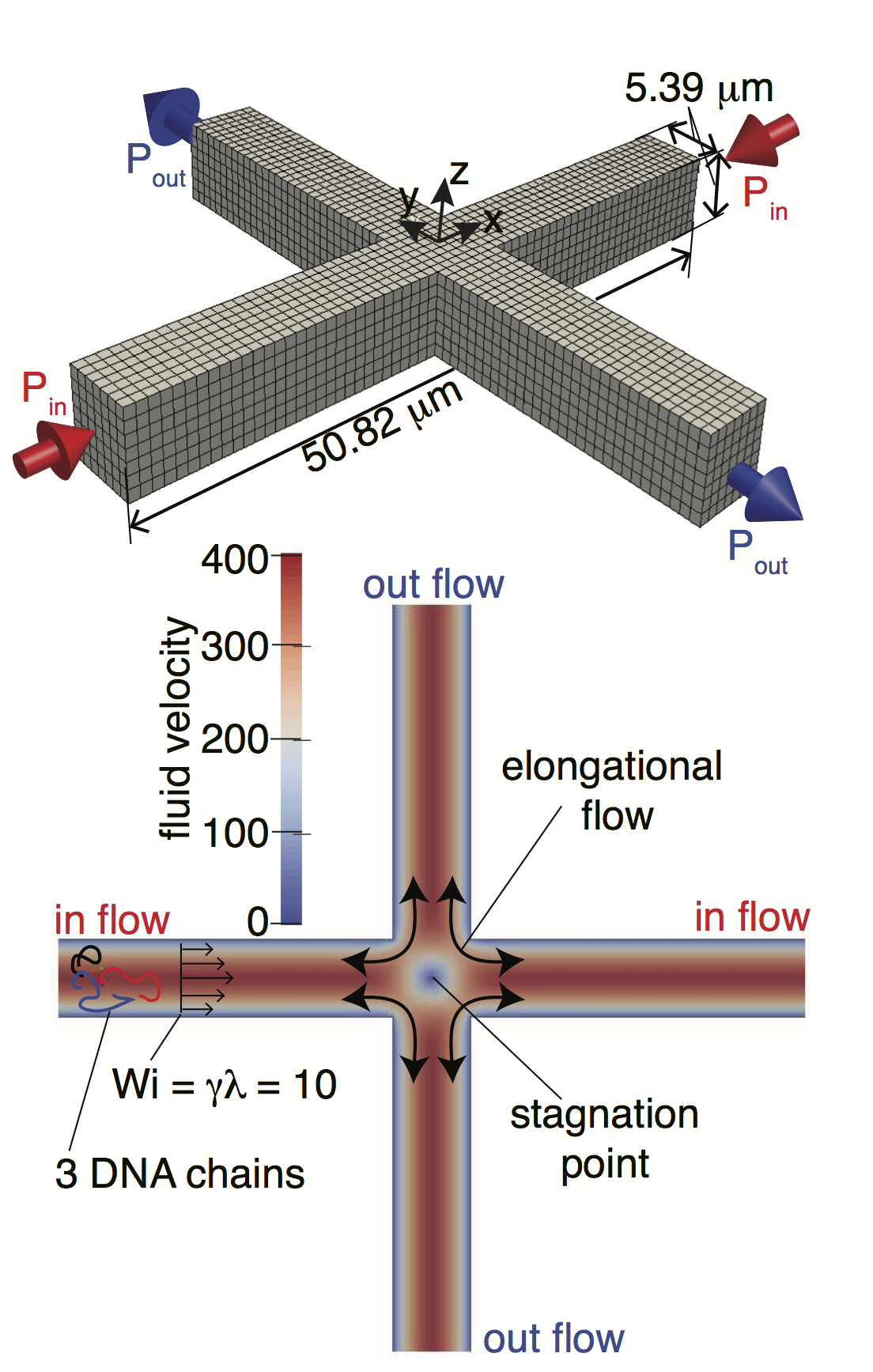